With the summer coming up I have to conclude that this has been a great season. There were new projects, like the tribute concerts to Dizzy Gillespie and Chet Baker, I had successful monthly series in Muzee, Gemeentemuseum (both in The Hague) and the Stedelijk Museum in Breda, wrote a suite in commission for the National Theatre in The Hague (De Laatste Getuigen) in rembrance of the victims of WWII, we had a few television appearances, I was featured on TV in De Nachtzoen and I just finished the Billie! tour successfully with good audience and good reviews and after a few festival stops I will head for the New Orleans Festival in Tel Aviv to play an already sold out concert with the Dutch Swing College Band again after I started my career with them, twenty five years ago. This time I will be special guest star and featured soloist.

In daytime I’m working hard on new programs and theatre shows. The series in Muzee and Stedelijk Museum Breda (Lanzas) will be continued. As we speak we are working on the program. 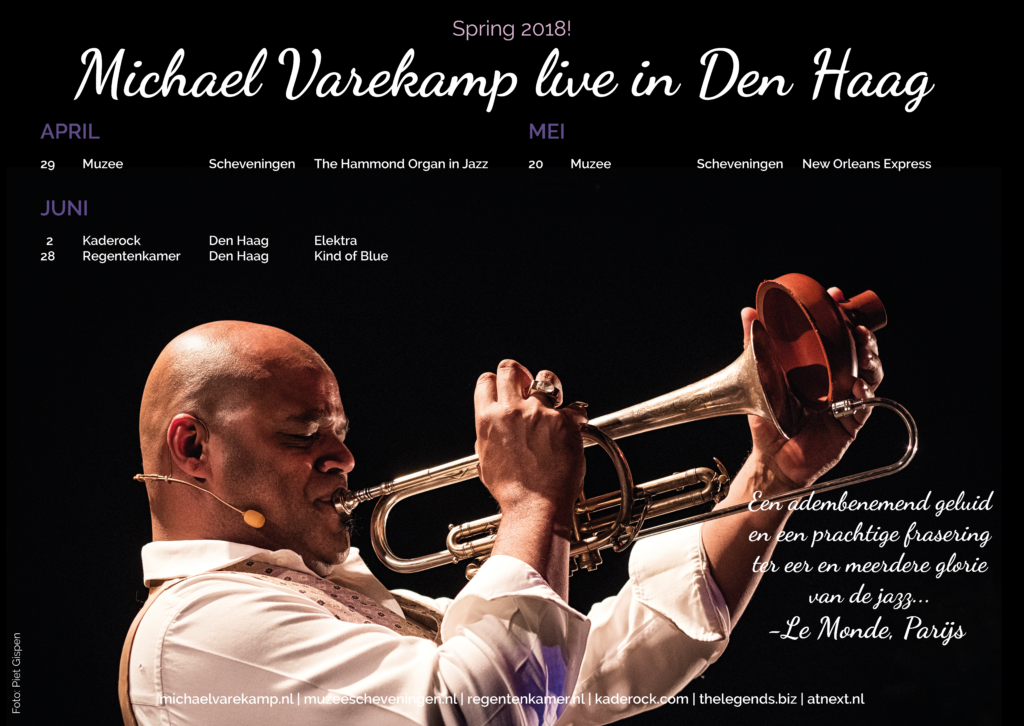